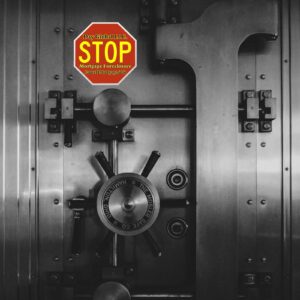 If the Territorial Federal United States has the “gold”, the United States pays the bills (from the trust account, fund, or financial ledger).

The definition of “fund” is money set aside to pay a debt. The fund is there to discharge the public debts attributed to the Federal Territorial United States of America subjects, Citizens, Artificial Persons, Legal Fictions, Corporations, and Commercial Entities, but ultimately back to the accommodating parties – the American people. The national debt is what is owed to the owners of the registered things – the American people’s creditors, as well as to other creditors!

The way for the United States to get around having to pay the public debts for the people is to claim the owner cannot be an owner if he agreed to be the accommodating party for a debtor person. If the people are truly the principle, then you should know how to handle your financial and political affairs, UNLESS you have never been taught.

That is easy if you have a choice of going to jail or signing for the debtor person, you will sign for your strawman out of ignorance and stupidity. The presumption that you are the accommodating party is strong enough for the courts to hold the owner of the thing liable for a tax on the thing you actually own or owe.

Debtors may have the ‘use’ of certain things, but the things belong to the creditors, presumably the Bank investment companies, or the Government STATE. The creditor is the master. You are the Creator and Creditor and the Bank or lender is the Debtor when you learn the truth behind your funding signature and the law.. You are presumed to be the debtor, which makes you the servant or surety to pay the alleged debt..

The Uniform Commercial Code is very specific about the duties and responsibilities a debtor has. If the owner of the thing is presumed to be a debtor because of your previous admissions and adhesion contracts, you are going to have a difficult time convincing the United States Courts that it has a duty to discharge public debts for you.

In addition, the courts are staffed with loyal judges who will look for every mistake the people make, when trying to use their remedy. Think about it..